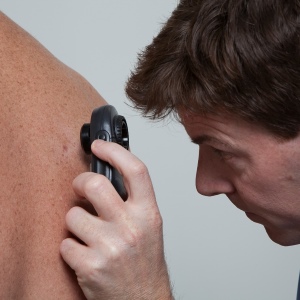 A new study has shown that the majority of melanoma cases are not comprised of existing moles but new moles, freckles or marks.

Research published in the Journal of the American Academy of Dermatology showed that while suspicious moles are still 29% of cases, it is particularly important to check for new spots, blemishes or lesions.

In addition, the melanoma associated with new moles had less favourable prognosis than those on existing moles; making them more dangerous.

The findings were based on a meta-analysis of data from 38 studies, totalling 20,126 cases of melanoma.

Study author Caterina Longo, MD, PhD, a dermatologist at the University of Modena and Reggio Emilia in Italy, explained:

“These results could indicate that patients who monitor their existing moles for suspicious changes could detect melanoma in its early stages, when it’s most treatable.

“Because the disease is more likely to appear as a new growth, however, it’s important for everyone to familiarize themselves with all the moles on their skin and look for not only changes to those moles, but also any new spots that may appear.”

Melanomas caught at the earliest stage can be treated very easily with mole removal surgery. Early treatment has excellent outcomes, but as melanoma progresses and spreads, the chances of a positive outcome decline.

All consultations and treatments are carried out in person by doctors who are specially trained in the latest laser and skin surgery techniques and are highly experienced in the field.

If you do not want that we track your visist to our site you can disable tracking in your browser here: